EBL Principal Jeff McBride was featured in an article in the November/December issue of ACEC's Engineering, Inc. magazine. The article interviews each of the chairs of the ACEC coalitions, asking them about the top challenges their members face. McBride, who is the chair of the Council of American Mechanical and Electrical Engineers (CAMEE) coalition, addressed the issues business face with the rapid evolution of business technology. The full article is titled "Navigating the Evolving Marketplace" by Stacy Collett. Click hereto read the full article. 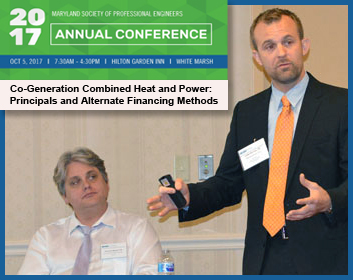 EBL Associate, Jamie Raithel teamed with Stephen Weber, Director at Flo-Tron, Inc, to give a presentation at the 2017 Maryland Society of Professional Engineers Annual Conference.

The presentation, titled "Co-Generation Combined Heat and Power: Principals and Alternate Financing Methods", discussed combined heat and power systems and the benefits these systems have in energy security, utility cost avoidance, and energy savings. Raithel and Weber also covered government and utility incentives that make combined heat and power systems financially viable and appealing and ways to leverage the energy savings to other capital improvements. 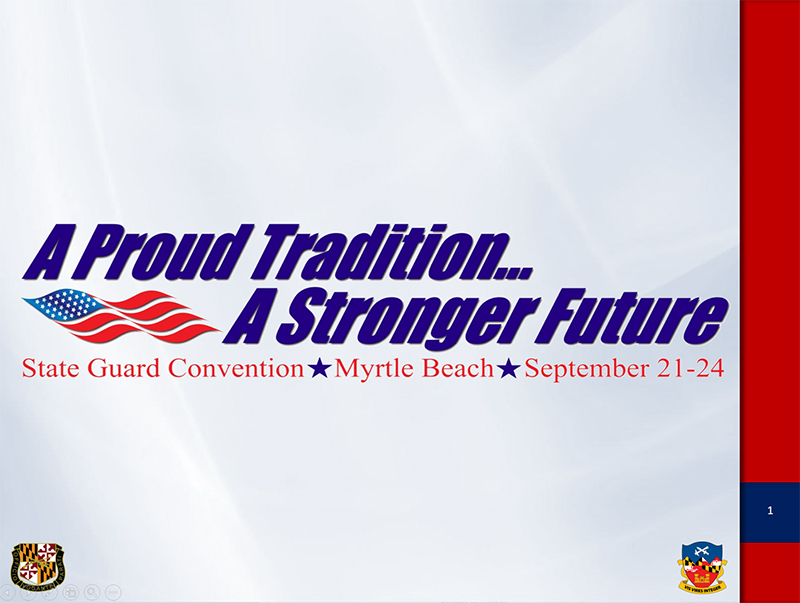 EBL Principal and Maryland SDF Lieutenant Colonel Edward A. Hubner PE, CxA, F.MDSPE, addressed the State Guard Association of the United States (SGAUS) annual meeting in SC, on the topic of the National Guard’s metric for annual inspections, assessment, and prioritization of infrastructure investments across 50 states, the District of Columbia, Guam, Puerto Rico and the Virgin Islands.

Mr Hubner’s unit has been executing this metric, called the Installation Status Report Program at all National Guard assets in the State of Maryland over 10 years. The State Guard Association of the United States is a non-profit organization advocating for the advancement and support of regulated state military forces, as established by state governments under the authority of federal law. Currently, 23 States and Territories have State Defense Forces.

EBL Engineers, LLC was a major sponsor, exhibitor and organizer of the 35th Annual CASHE Seminar and Exhibition held in at the Clarion Conference Center in Ocean City Maryland. The Chesapeake Area Society of Healthcare Engineering (CASHE) is a Region 2 Affiliate of the American Society of Healthcare Engineering (ASHE). This year’s conference had over 180 attendees at this week long conference. Nineteen hours of Continuing Education Hours were offered over 3 days of educational sessions. The conference will be held in Hershey, PA next year.

EBL received the 2017 Honor Award from the American Council of Engineering Companies, Maryland chapter. The award recognized EBL Engineers' innovative excellence on the Dundalk Marine Terminal Fumigation Facility. The fumigation facility is an important component in Wallenius Wilhelmsen Logistics' (WWL) efforts to curb the infestation of stink bugs to other nations. WWL received the Australian Biosecurity Award as a result of this project.