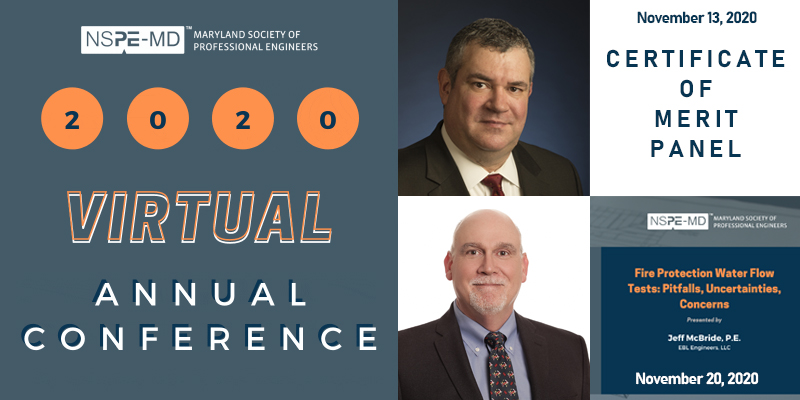 On November 13, EBL Principal Edward Hubner participated on a panel discussing the Certificate of Merit law and the changes to the law. The legislation is designed to protect engineers from unwarranted demands for documentation.

On November 20, Jefferey McBride gave a presentation on the best practices and common pitfalls in fire hydrant water flow tests.

In a Nov. 9 article by the MDSPE, McBride noted “There are very common factors that result in tests being performed incorrectly.”

Crews may employ incorrect equipment or pass off unexpected or problematic results without analyzing them to identify underlying issues. McBride points to one project where initial tests unexpectedly concluded that a site had inadequate water supply and the owner would need to install an exterior tank to supply a fire pump. Further tests convinced McBride that “it was very evident that you have a problem between these two points. You have a blocked line. But [the testing crew] said, no we have already scoped that line with a camera and there’s nothing wrong with it,” McBride said. “Finally, the owner dug the line up and found a valve that had been buried closed at that point… So one of my core messages is don’t take test results at face value.” 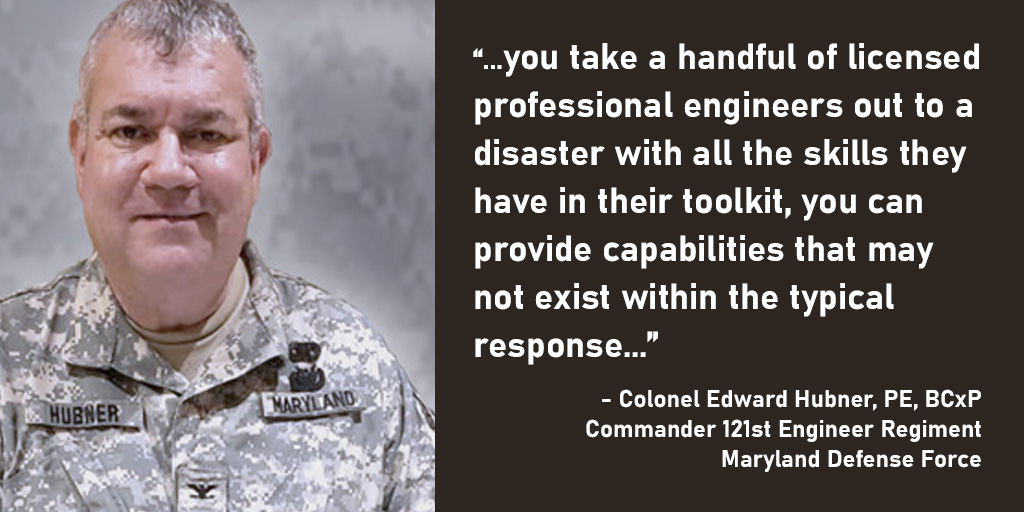 EBL Principal (and Colonel) Edward Hubner was featured in the Maryland Society of Professional Engineers' Member Spotlight. In the article he talks about his command of the Maryland Defense Force 121st Engineer Regiment and how the regiment engineers enhance first responder capabilities in a disaster environment. 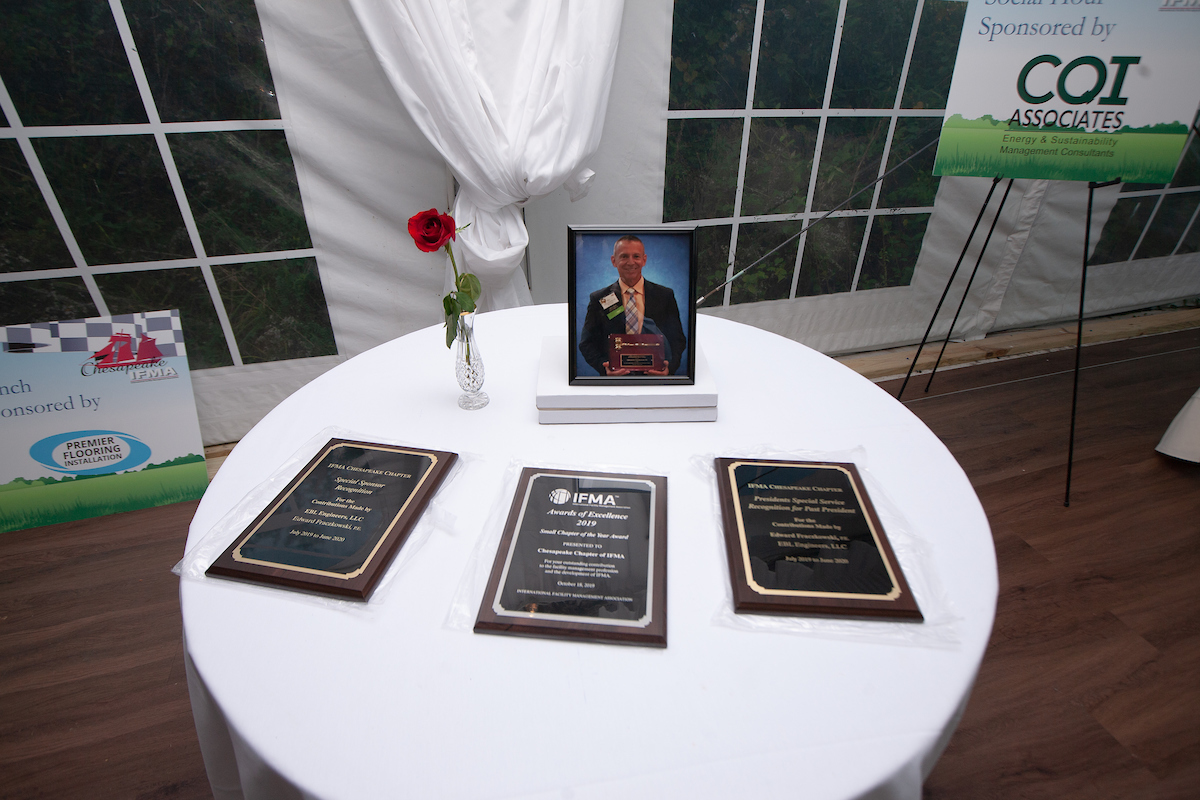 The late EBL Principal Edward Fraczkowski was honored at the dinner following the IFMA Chesapeake Chapter Golf Outing. He was honored posthumously for his dedication and contributions to the chapter. Fraczkowski had passed away in the previous month. The chapter presented EBL Principal Jeffery McBride with three awards designated to honor Ed and EBL Engineers for various contributions to the Chapter. The awards were:

Awards of Excellence 2019 – Small Chapter of the Year Award - this was presented to each of those involved with the intricate submission on behalf of the Chapter. As Past President in 2019, Ed led the Chapter in the submission of the IFMA 2019 Award of Excellence. IFMA’s annual awards honor the stand-out achievements of association members, chapters, councils and communities and recognizes the chapter of 200 members or less that excels in membership marketing, professional development and communications. Chesapeake Chapter was awarded the Small Chapter of the Year at Work Workplace in 2019!

Presidents Special Service Recognition for Past President to Ed Fraczkowski – July 2019 to June -2020. With Ed's dedication as Past President, the Small Chapter of the Year award was achieved!

"Ed was a guiding light and steady presence for the Chapter and those who knew him. He will forever be in our hearts and his legacies to IFMA Chesapeake will not be forgotten." 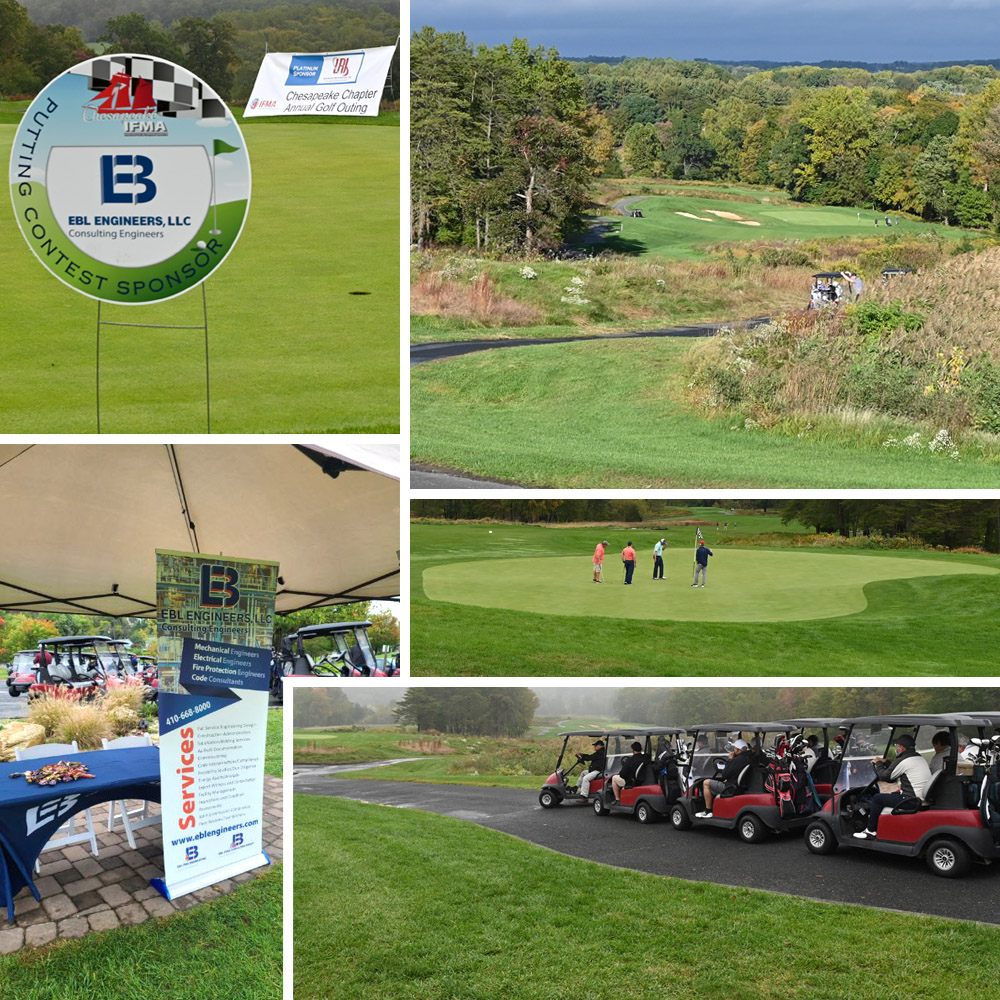 EBL is a Sponsor at IFMA Chesapeake Chapter Golf Outing

EBL was the sponsor of the putting contest at the IFMA Chesapeake Chapter Annual Golf Outing. Over a hundred players stopped by the putting green to see if they could sink the putt. While no one made the putt, the winning putt hit the pin and ended 38" from the hole.

At the dinner following the event, the late EBL Principal Edward Fraczkowski was honored posthumously for his dedication and contributions to the chapter.

Formed in 1986, the International Facility Management Association (IFMA) Chesapeake Chapter strives to supply resources and information to facility managers for all stages of their careers. 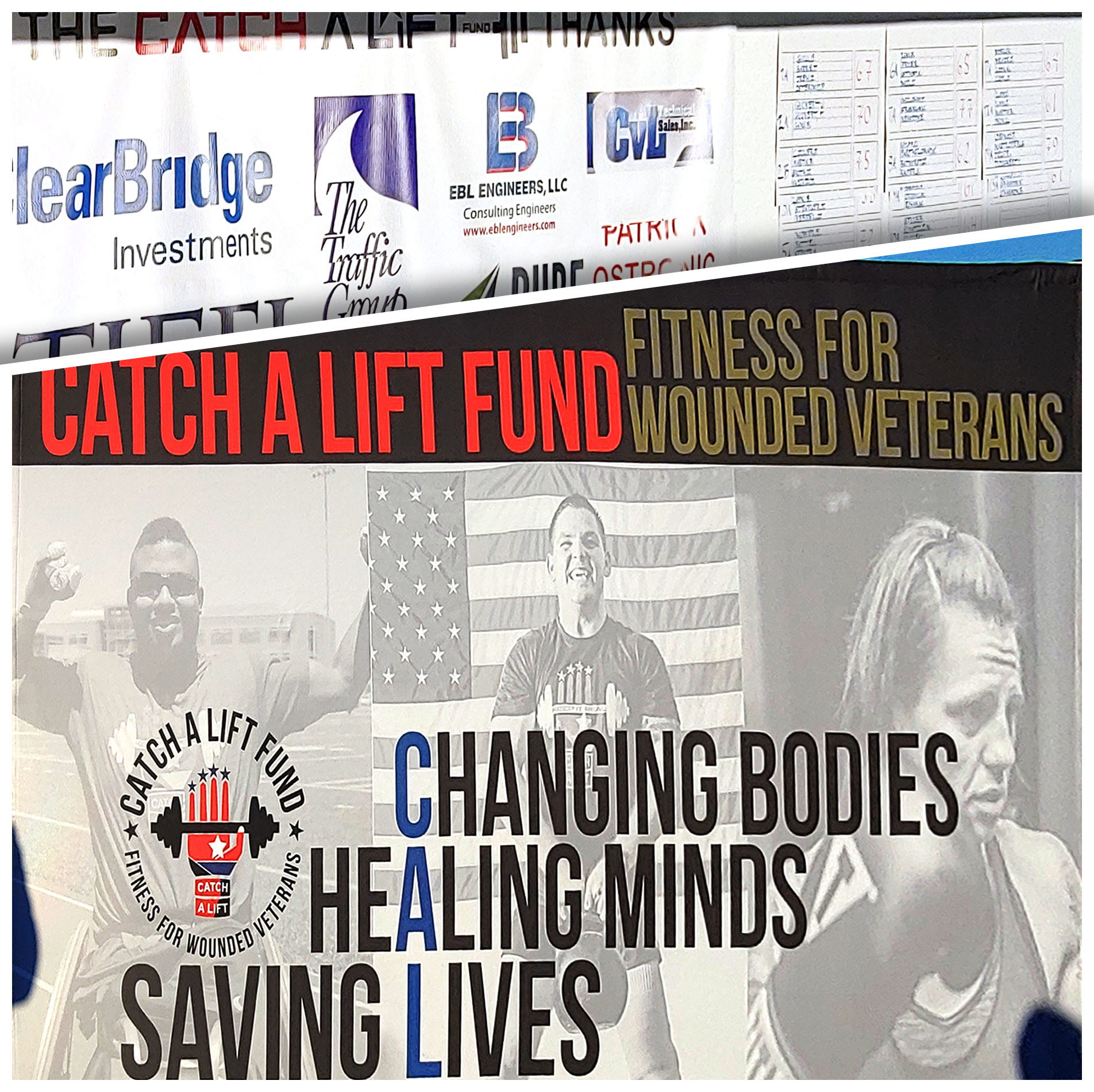 EBL is a Sponsor at Catch A Lift Golf Event

EBL was a sponsor at the 2nd Annual Catch a Lift Baltimore Golf Outing. We were honored to be part of the event.

The Catch A Lift Fund enables post 9/11 combat wounded veterans all over the U.S. to recover and rehabilitate both physically and mentally through physical fitness, motivation and support. Visit their website at: Catch A Lift Fund. 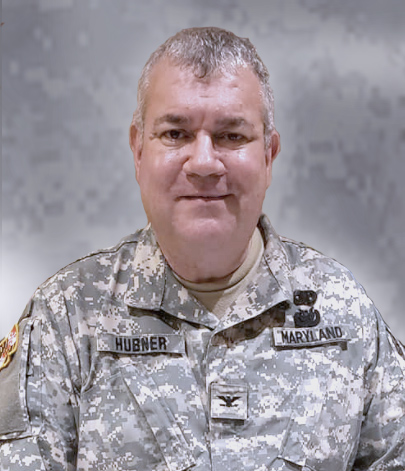 The 121st Engineer Regiment provides a professional organized, trained, disciplined, uniformed rapid response volunteer force of engineers of all disciplines to assist the Maryland Military Department, state and local government agencies, and civil relief organizations in response to any impending or actual emergency. 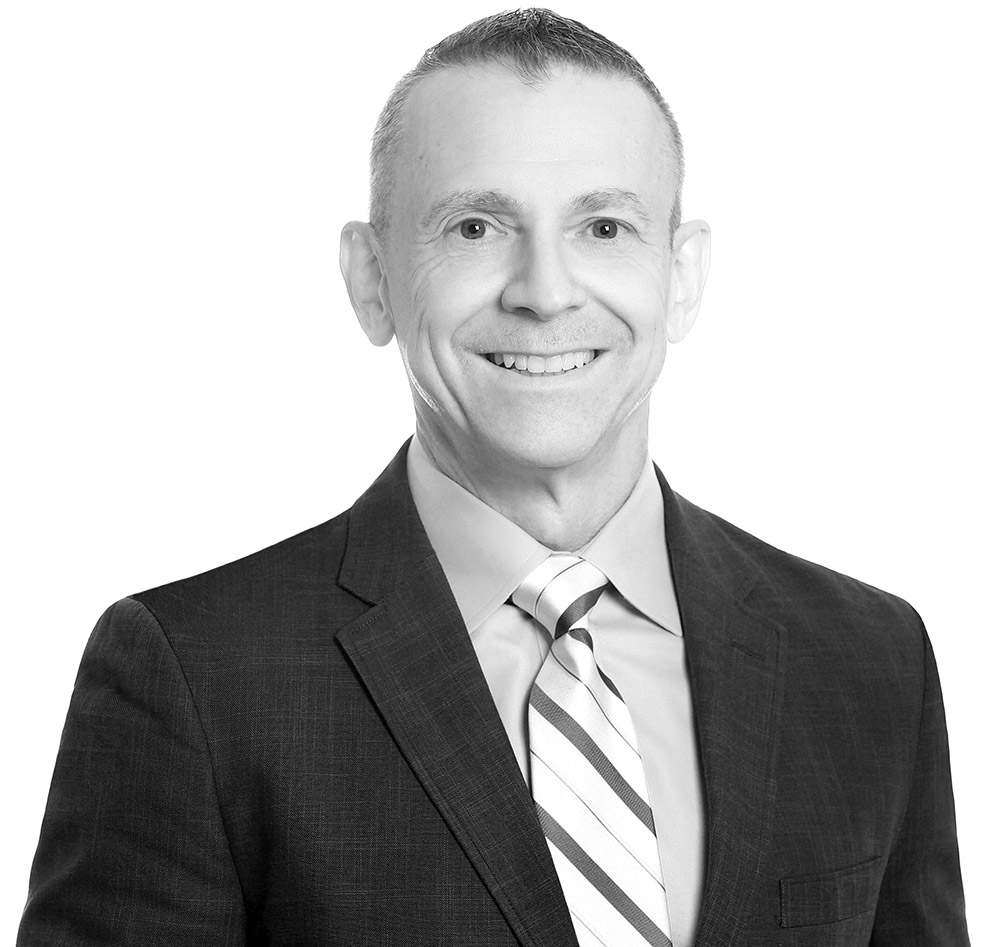 It is with a heavy heart that EBL Engineers, LLC announces the passing of Edward Fraczkowski. Ed passed away peacefully at home surrounded by his family after a valiant year long fight with cancer.

Ed joined EBL in 1990, and served as a Fire Protection Project Manager, later becoming a partner in 1997 at which time he managed the Fire Protection and Code Consulting Groups, along with significant and meaningful professional society and national technical committee work where he was highly respected for his energy and contributions to the engineering profession. Ed cannot be replaced, but will be long remembered for his pleasant demeanor, genuineness, kindness to others and his devotion to family. 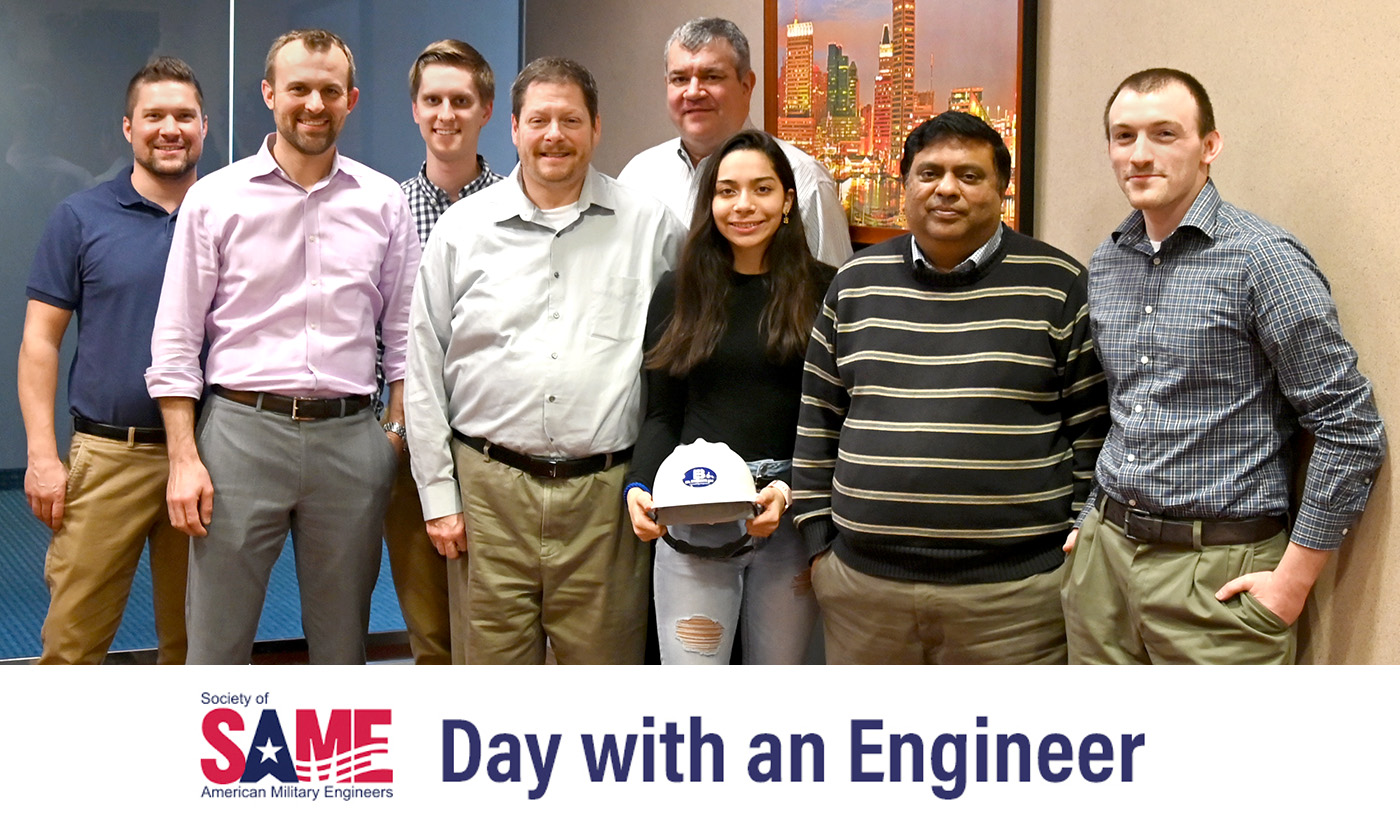 EBL hosts student for "Day With an Engineer" event 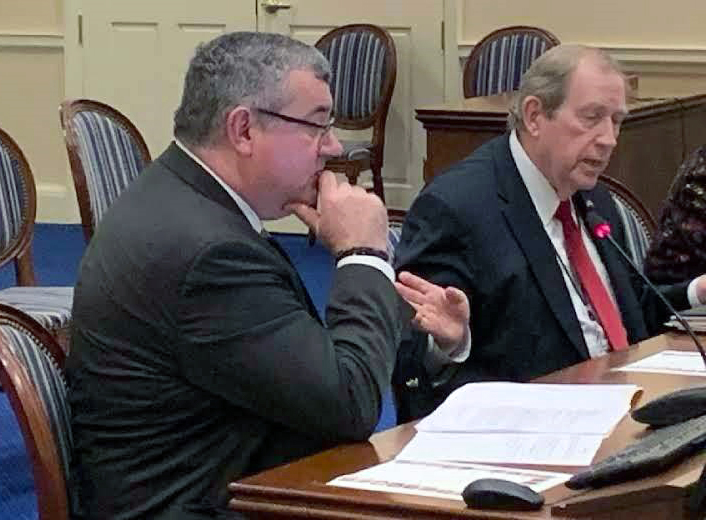 The Maryland Society of Professional Engineers featured EBL Principal Ed Hubner in an article about the journey to guide legislation through the Maryland General Assembly to protect engineers from unwarranted demands for documentation.

The full article is available at: Click here to link to MDSPE article.